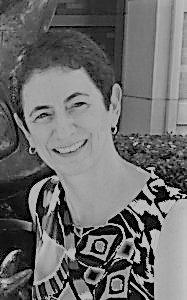 Paula Sansom, A ballet teacher for 44 years, earned a BFA in ballet from Texas Christian University and a MFA in ballet from the University of Oklahoma. She taught in Houston at the Houston Academy of Dance, and in Tyler at Tyler Junior College where she directed and choreographed the Nutcracker for nine years. In Tyler she was also artistic director of Tyler Civic Ballet presenting full length “Coppelia”, “Les Sylphides”, “Pas De Quatre”, and excerpts from classical ballet repertoire as well as original and contemporary works.  Since moving to Austin she has taught at the Austin Conservatory of the Arts, where she served as associate director of the Nutcracker, and taught for the past fourteen years at D’ette and company dancers.  She has been a member of Texas Association Teachers of Dance since 2006.

Paula is our Senior lead Floor Specialist, Training Manager and Senior Professional Pointe Fitting Specialist and Manager. She also manages the Ballet Austin shoe orders and online store orders. Paula has been with Movin’ Easy since 2002. 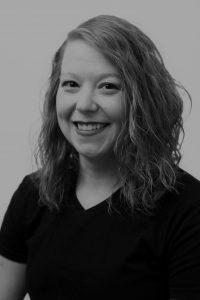 Rachel Saathoff – Rachel is a Senior Professional Pointe Fitting Specialist and lead Floor Specialist. She is trained in pointe shoe modifications as well.  She manages customer inquiries and concerns and assists with studio outreach, events and orders. Rachel has been with Movin’ Easy since 2010. 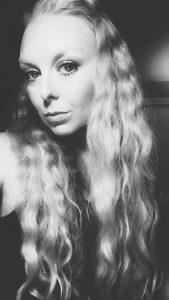 Esther Vause  is originally from Blanco Texas. She began her dance training at the age of twelve with Mayra Worthen school of Dance, later known as Ballet San Antonio Academy. In the Academy she studied under Mayra Worthen, Julie Morton-Simpson & Sandra Bravo. After her training with the academy she became a trainee with Ballet San Antonio. In 1997 Esther was accepted into Ballet San Antonio and danced with the company for ten years. With Ballet San Antonio Esther performed in the Nutcracker. Dancing roles such as Angel Queen, Chinese, Arabian, Snow, Candy Canes, Waltz of the Flowers and Dolls. Esther has won numerous awards for State and Nationwide competitions including gold for her own original choreography. She has performed in numerous other Classical Ballets including Cinderella, Swan Lake, Giselle, & Coppelia. With Ballet San Antonio Esther had the privilege to perform in original contemporary and modern works and set her own choreography for performances across the state. Esther has also studied under Houston Ballet’s Tiekka Schofield and Royal Ballet’s Carlos Acosta. She is trained in jazz, modern, hip hop, lyrical, and ballroom. Esther has been teaching ballet for 21 years. She has taught for studios such as, Ballet San Antonio Academy, ADC, Le Ballet, and was the Assistant Director at Ballet New Braunfels for eight years. She has directed the Nutcracker, set her own original works and been teacher to many young artists who have gone on to professional careers of their own. Besides a long and involved career in the dance community she enjoys, photography, art, horseback riding, movies, writing and coffee… lots of coffee! She has over 16 years experience in marketing, public relations, business management and accounting.

Esther is our Weekly Buying Manager and has been with Movin’ Easy since 2015. 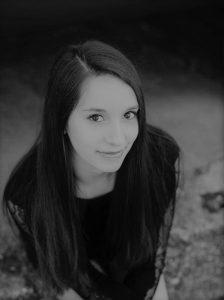 Lynette Garcia – Lynette grew up in Kirkland, Washington and started training in all styles of dance at the age of 12. She performed in many competitions such as: New York City Dance Alliance, Youth American Grand Prix and The Dance Awards. During the off season she furthered her dance training at Pacific Northwest Ballet, Alonzo King LINES Ballet, and Ballet Austin’s summer intensives. After the six weeks at Ballet Austin, she was offered a contract to dance in the Butler Fellowship Program after graduating high school. At the end of her second year and entering her third year of being a Fellow, she was hired at Movin Easy Dancewear in 2016, where she fell in love with a new perspective on dance.

Lynette has been with Movin Easy since 2017. 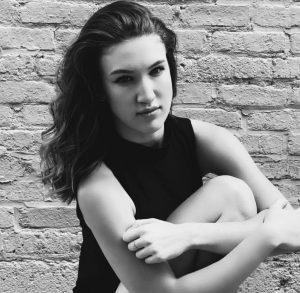 Ryanne Anderson originally born in Illinois, Ryanne grew up in the suburban Chicago area and began dancing at age 3. She started training seriously at Judith Svalander School of Ballet at age 9 for 10. Before joining the Ballet Austin Butler Fellowship program in 2018, she attended intensive programs at American Ballet Theatre, San Francisco Ballet, Houston Ballet, and most recently Ballet Austin. She has had the opportunity to perform soloist and principal roles in her school’s productions, as well as freelance through her last few years of high school. She was hired to perform for a few productions of The Nutcracker, most notably performing the role of the Sugar Plum Fairy for a show at the University of Whitewater-Wisconsin.

Ryanne is part of our Floor Specialists team. She is a Professional Pointe Fitting Specialist, Assistant manager of the social media/marketing team and  ambassador program. Ryanne has been with Movin’ Easy since fall 2018.

Victoria Ciavattone was born in West Palm Beach, Florida; where she began her dance training at age 3. After performing in the Miami City Ballet, “The Nutcracker” in 1997, she moved to San Antonio and continued studying many forms of dance such as Ballet/Pointe,Tap, Jazz and Hip Hop. During grade school she was a competitive dancer in a pre-professional company called “Visions Dance Troupe” and later continued to choreograph and perform locally in roles such as a latin dancer for Six Flags Fiesta Texas in ”Ritmo Fantasma” ,”Latin Rhythm” and was Tweety Bird in “We Got the Beat”. In 2011, she was a quest artist for the San Antonio Metropolitan Ballet, and as the Dream Maker in “Hanzel and Gretel”. Victoria has been teaching and choreographing for 14 years, mostly in Jazz and Ballet/Pointe, and loves to teach all ages and levels. With over 12 years of dance retail experience and pointe shoe fittings, Victoria has moved to Austin to work for Movin Easy Dancewear while continuing to teach at Cibolo City Ballet and share her love for dance.

Victoria is our General Store Manager and Professional Pointe Fitting Manager. She is trained in pointe shoe modifications as well. She oversees and manages The Dance Loft schedule and Events Coordination. She manages our Ambassador program,  social media and marketing team as well as the Studio Outreach programs. Victoria manages the online store sales and weekly/fall orders and  has been with Movin’ Easy since October 2018. 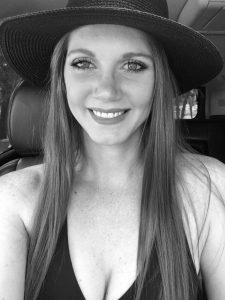 April Steubing was born and raised in San Antonio, TX. She was in color guard at MacArthur High School for 4 years and captain for 2 years. She has over 6 years of dance retail and pointe shoe fitting experience, and was a Manager for 5, with a focus on group sales and studio outreach for 3 years.  April enjoys spending time outside with her children. She is Assistant Studio Outreach manager and a member of the social media and marketing team. She assist in our online store sales as well as orders and order confirmations. April has been with Movin’ Easy since April 2019.